google-site-verification=2Lx6GWiaR9E7y7YkEs4zu4E5-5aAH_b0TFxaMnCF4xk
It was Brent's 75th Birthday in 2020.
To celebrate we held a community Art Competition which allowed anyone to draw, paint
or even make a model of Maldon's favorite steam tug!
With so many wonderful entries, we planned to have a public exhibition in Maldon to display them all,
but sadly due to Covid restrictions we have had to postpone to later this year.
Check out our Facebook Page for some of the amazing artwoks received!:
STBT Facebook

Berthed at the picturesque town of Maldon in Essex with its wonderful collection of Thames Sailing Barges and other local attractions, Brent has been a much loved local landmark for over 40 years.

Built for the Admiralty in 1945, Brent was launched too late for the War effort and was sold on instead to the Port of London Authority. Used to help maintain the Thames as a navigable waterway and to tow lighters and barges full of cargo between ships and warehouses in London Docks, she was on retirement in 1970, the last PLA steam vessel left in service. 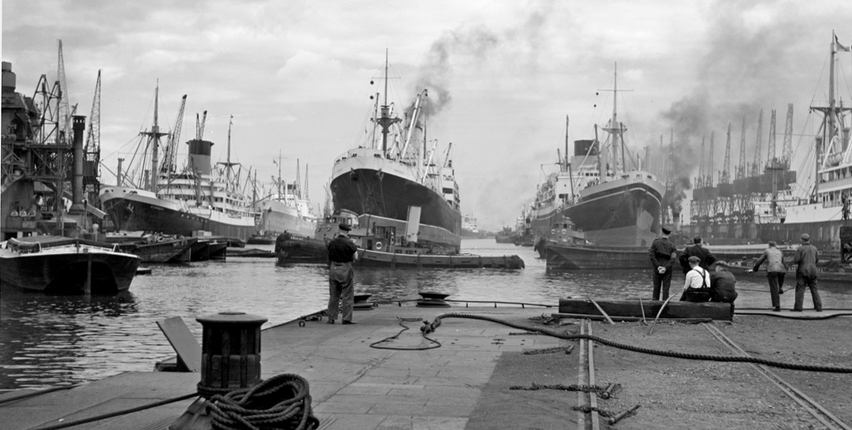 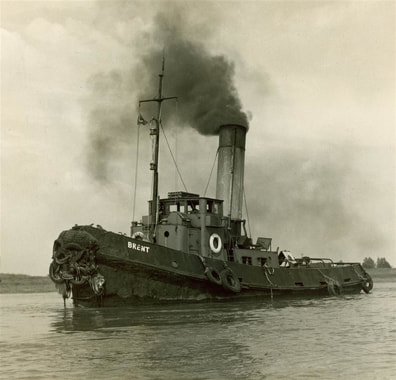 The Hall's first steaming of Brent on voyage to Maldon in 1971.
A lucky escape!

Saved from scrap in 1970, Brent was rescued and cared for by the Hall family of Maldon, Essex who used her as a holiday 'tug yacht' for nearly 40 years until the need for major repairs caused her to be laid up. She was donated by the family to us the Steam Tug Brent Trust a registered charity in 2011.

Brent is an Nationally important historic vessel which we hope to save and share with present and future generations.  Opened regulary to visitors spring and summer on static display, we all want to see her sailing again one day under steam. To do this she needs grant funding and donations to fund specialist repairs to her funnel, hull plating and boiler.
Proposals for establishing historic Maldon Waterfront as a Heritage Harbour are currently being drawn up by the local council with input from key stakeholders. As part of this we want to apply for funding to restore Brent back to steaming condition, provide interpretation and visitor displays and contruct a new public jetty down stream with berths which can take Brent along with one or two other visiting heritage vessels.

﻿﻿﻿﻿Can you help us raise funds and get Brent working
under steam again one day?

Thank You For Your Support!